How Crab Cakes Made History

How to Throw a Crab Feast – Part 2 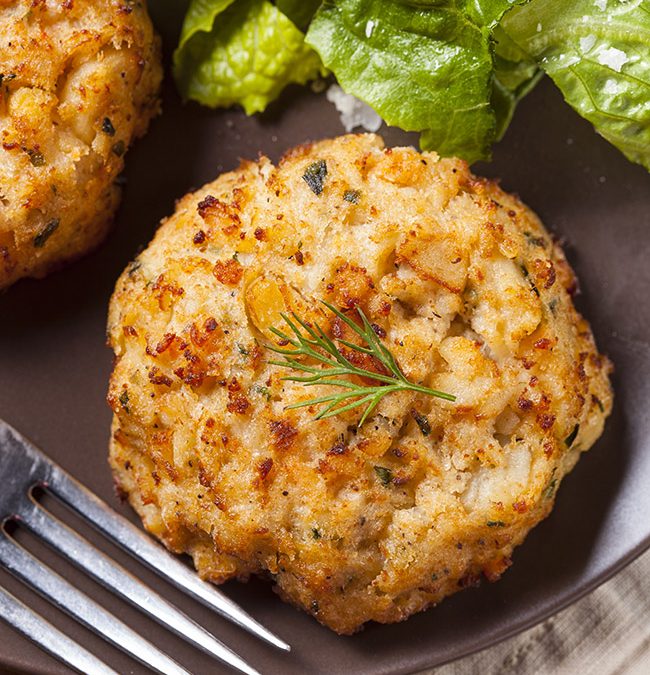 A crab cake is one of the favorite ways to enjoy the delicious flavor of crab. A staple of Maryland cuisine, the crab cake is also popular in many parts of the U.S. and other countries throughout the world.

Over the years, various recipes for crab cakes have been created, and each is enhanced by a specific combination of herbs, peppers, and spices. If you’re like me, a crab cake fan, you may wonder how the little crab cake made history.

Experts think the crab cake began as a creation of Native Americans in the Chesapeake Bay region. The removal of meat from crab shells by hand is the same process used today. There are historians who believe the crab cake was one of the first Native American dishes adopted by European colonists.

Crab was once consumed mostly by people living in the areas around the Chesapeake Bay. When refrigerated trains became available, crab meat was transported throughout the United States. As a result, Virginia and Maryland became America’s top providers of crab meat during the 1920s, and crab cake was introduced around the country.

Crab cakes are prepared depending on the region along the East Coast. In the northern states, crab cakes are typically made with a thick cream sauce. Chefs must let them settle for a few hours before baking.

Along the Eastern shore of the Chesapeake Bay, crab cake is commonly prepared with a mix of egg and flour, along with ingredients designed to disguise the stronger flavors of crab. The Western shore is better known for the continental crab cake, which has a filler made of cracker or bread crumbs.

Get Your Crab Cakes Here: The Crab Shack Menus for Crofton and Edgewater.

Lovers of crab cakes and amazing seafood don’t have to drive to Baltimore, Ocean City, Hooper’s Island, or Annapolis anymore. Stay close to home and enjoy wonderful deliciousness all year around at our two new locations in Maryland!