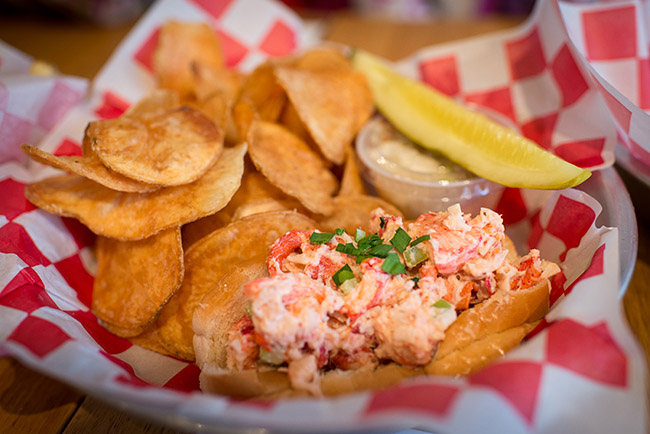 If you are seeking seafood sandwich satisfaction, The Crab Shack offers six that will delight your taste buds. For those who have had these sandwiches before, you may not be able to wait until you get home after picking up a takeout order.

In the beginning, the sandwich was primarily for men from polite society who were drinking and gaming in the evenings. Named after John Montagu, the 4th Earl of Sandwich, an eighteenth-century English aristocrat, the meal allowed him to keep playing cards late into the night.

Just like these sandwiches, Maryland’s heritage is a mix of the North and South. The origins of the following sandwiches can be traced from New England to Louisiana. Let’s get started discussing these beloved sandwiches available at The Crab Shack.

Probably the best-known sandwich from New England, the lobster roll is now cherished throughout America. Lobstermen say a lobster roll has just two ingredients, chucks of lobster and a roll of bread. However, many prefer adding a variety of dressings, and so this produces various delicious versions of this sandwich.

Nearly 30 years ago, McDonald’s introduced the crab cake sandwich in Maryland. The Golden Arches shook up the state with their approach to a world-famous Free State specialty during the spring of 1992. They were very unlike the traditional crab cake, but they were fast and cheap. Competitor Wendy’s also came out with their version.

The next year Ronald McDonald crossed the Old Line State by announcing they would begin using crab from India. Fortunately, The Crab Shack at Crofton’s Jumbo Crab Cake Sandwich is made with 100% local delicious jumbo lump crab that is broiled and served on a potato roll.

Lovers of superb seafood, including fat, juicy crab, don’t have to drive to Baltimore, Ocean City, Hooper’s Island, or Annapolis anymore. Stay close to home and enjoy wonderful deliciousness all year round at our two new locations in Maryland!