The Wonders of Seafood Chowder

Why We Love Caesar Salad 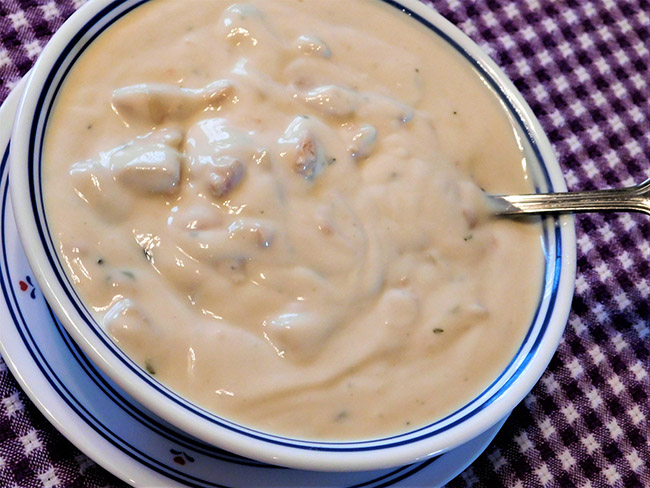 As known today, chowder originated as a dish served on ships crossing the Atlantic. Immigrants from France and England, along with seafarers, brought chowder to North America more than two and half centuries ago. It grew in popularity because it was easy to prepare with whatever ingredients were available.

Among the French who came to colonize Canada, their custom was stewing fish and clams with bacon, sea biscuits, and various ingredients inside a bucket they called a chaudière. Native Americans came to call the dish “chawder”, and it eventually became known as “chowder” in New England during colonial times.

Chowder became the favored regional dish of New Englanders because of its simplicity and hearty flavor. It also helped define their cuisine.

There is no question that New England Clam Chowder is by far the most popular of all North American chowders. The people of New England take pride in the power of their chowder. However, as time passed, other regions of the U.S. experimented with their own variations of the chowder, breaking away from the New England standard thick milk or cream-based broth.

Like Frank Sinatra, New Yorkers wanted it their own way and began substituting tomatoes for milk and cream. Using tomatoes was strongly influenced by the immigrant communities in New York who came from the Mediterranean, such as the Italians. Eventually, the Manhattan Clam Chowder was invented in the 1930s. Maine did not lay their ladles down. In 1939, their state legislature passed a law forbidding the addition of tomatoes in New England Clam Chowder.

Lovers of super seafood, including fat, juicy crab, don’t have to drive to Baltimore, Ocean City, Hooper’s Island, or Annapolis anymore. Stay close to home and enjoy wonderful deliciousness all year around at our two new locations in Maryland!