The Edible History of the Chesapeake Blue Crab 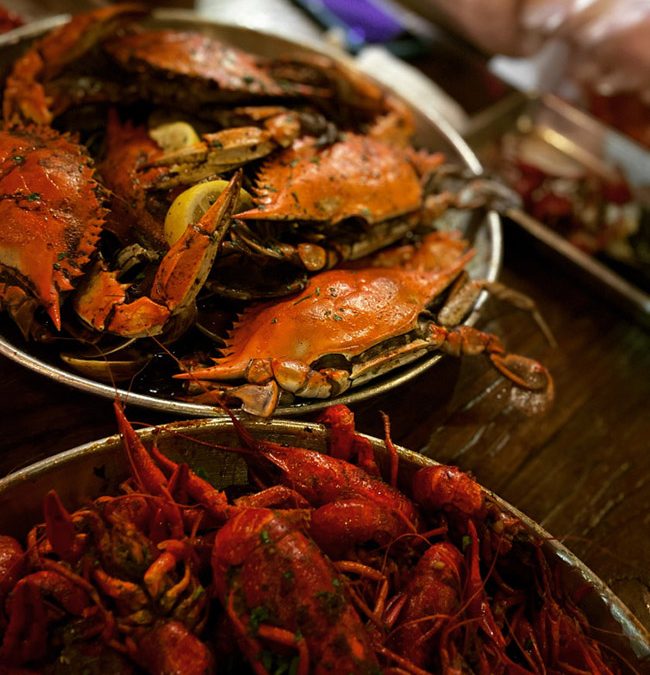 The Cajuns of Louisiana are known worldwide for being terrific hosts, treating visitors to great times and delicious food. Although they are famous for celebrating life with food, Cajun cooking is not saved only for holidays or birthdays. Every day is an opportunity to prepare a special meal steeped in a culture several centuries old.

Fortunately, Marylanders don’t have to drive to Louisiana to enjoy the culinary gifts of Cajuns. The Crab Shack is just around the corner, and they have new locations in Crofton and Edgewater. The following will discuss why Cajun cuisine is so special.

Sharing is what makes Cajun cuisine so special. You may have thought it was some secret ingredient or special technique. But it is how Cajun cooking is typically shared with family and friends. Historically, Cajuns have eaten their meals in big groups because sharing food has been a way of life in the region since their ancestors came to Louisiana. Meals are a lot more fun when you are surrounded by good cheer.

You may have seen how Cajun cooking uses very large amounts of the main ingredients. This requires several pounds of crawfish or shrimp being thrown into large steaming pots to make gumbo and jambalaya. It is almost impossible to leave hungry after you have been dining at a dinner party serving Cajun cuisine.

The cooking style of the American South originated from Acadians who were French-speaking refugees who fled Canada after being expelled by the British during the 18th century. A few thousand ended up in the rural areas west of New Orleans, which was the capital of the French colony of Louisiana.

The Acadians gradually transformed into the Cajuns we now know. Like all immigrants, they eventually adapted to their new homeland.  As time passed, the Acadians’ French evolved as did their music, architecture, and their cuisine.

Part 2 will continue discussing why Cajun cuisine is so special.

Get your Cajun Boils Here! See The Crab Shack Menus for Crofton and Edgewater.

Lovers of tasty Cajun cooking don’t have to drive to Baltimore, Ocean City, Hooper’s Island, or Annapolis anymore. Stay close to home and enjoy wonderful deliciousness all year around at our two new locations in Maryland!